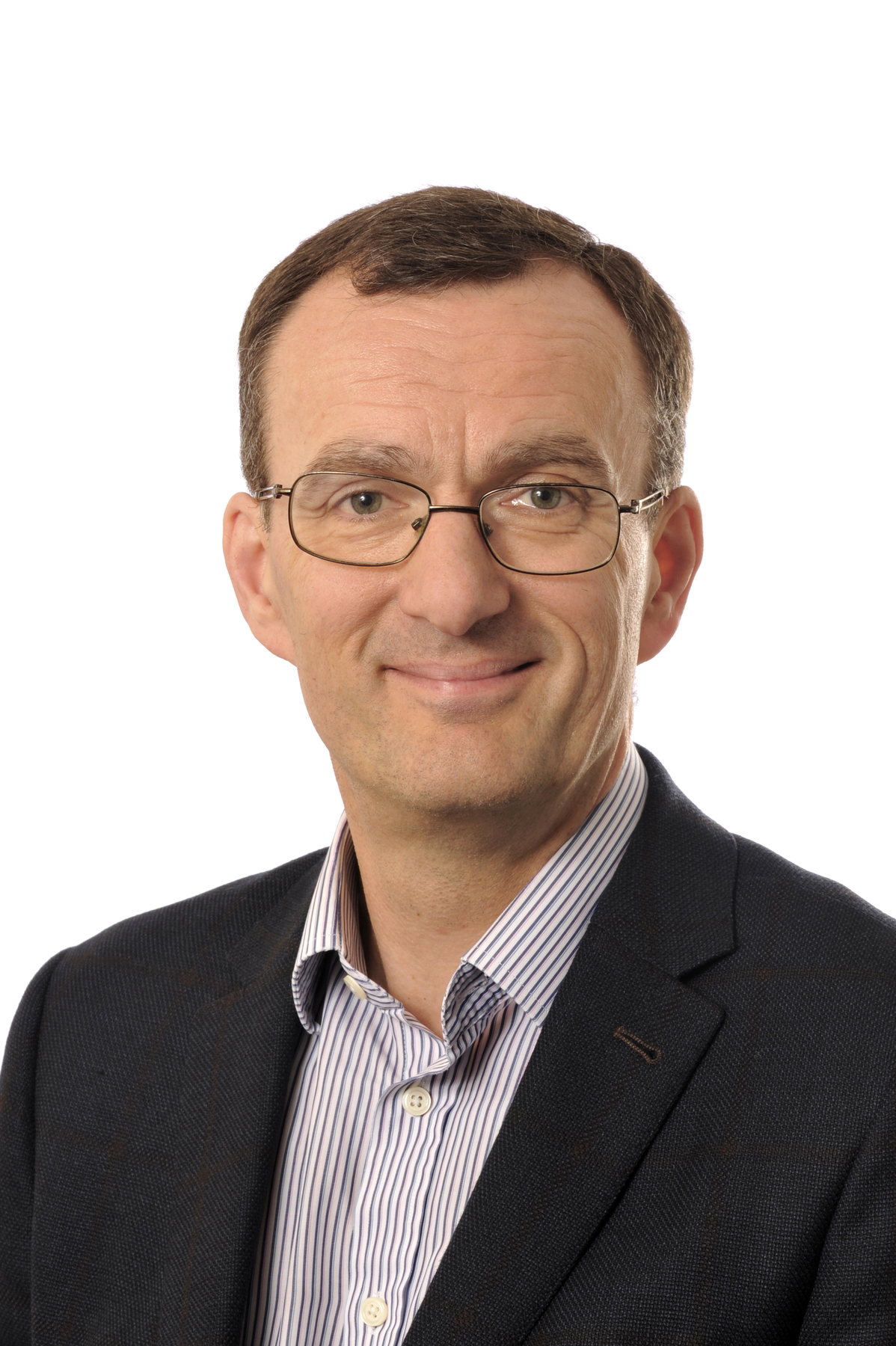 Adrian Edwards is a Professor of General Practice and Co-Director of the Division of Population Medicine at Cardiff University, UK. Adrian Edwards has been an Honorary Professor at Aarhus University since 2012, and was affiliated to the Department of Public Health Programmes, Randers Regional Hospital, in 2016.

Berit Andersen is Clinical Professor at Aarhus University and Chief Physician at the Department of Public Health Programmes.

Berit Andersen is specialised in Community Medicine and her research focus is public health interventions with special emphasis on public health perspectives on screening programmes.

Mette Bach Larsen has a background in public health and is a Senior Researcher in the Department of Public Health Programmes, Randers Regional Hospital.

Pia Kirkegaard is an anthropologist and a Senior Researcher at the Department of Public Health Programmes, Randers Regional Hospital.

Present research areas focus on screening and follow-up seen from the citizen's perspective. The overall approach is exploratory qualitative research based on sociological theory and she specialises in interviews, focus groups, and field work.

Sisse Helle Njor holds a Master of Science in Statistics and Computer Science and a PhD in Public Health. She is a Senior Researcher at the Department of Public Health Programmes, Randers Regional Hospital, and appointed Associate Professor at Aarhus University.

Research focus is on how to maximise the citizens' benefits of screening and minimising the harms. She is a quantitative researcher specialized in register-based research. Scientific focus areas include cancer screening,  statistics, epidemiology, breast cancer, colon cancer, and cervical cancer.

Line is a Medical Doctor specialised in gynaecology and a former PhD student within the Department. Line is specialized in cervical cancer prevention from a clinical point of view and her primary focus is cervical cancer diagnostics and risk stratification in postmenopausal women.

Mette Tranberg holds a Master's Degree in Health Science and is a former PhD student within the Department. Mette is specialized in intervention and laboratory research and her primary focus is improvement of cervical cancer screening through the introduction of self-sampling and use of molecular biomarkers.

Rikke Buus Bøje holds a Master's Degree in Nursing Sciences and a PhD in development of transitional care through expansive learning actions. Rikke is involved in the EU project CBIG-SCREEN aimed at reducing inequality in cervical cancer screening among vulnerable women through the co-creation of tailored interventions.

Susanne holds a Master's Degree in Health Science and is a former PhD student within the Department. Susanne is specialized in register-based research and her primary focus is the evaluation of follow-up after abnormal screening results.

Project title: Cross-program synergies in the three cancer screening programs in Denmark: Can we kill three birds with one stone?

Bayan Sardini is a Master of Science in Applied Mathematics. The aim of Bayan's PhD study is to suggest and test a new method for estimating the beneficial effect of mammography screening among subgroups of women and establish the foundation for implementing risk stratified breast cancer screening.

The aim of Camillas PhD study is to explore perceptions, attitudes and experience with cancer and identify barriers towards cancer screening among some of the most vulnerable groups of people in Denmark. Furthermore, Camilla will investigate the potential for developing tailored interventions to increase uptake in cervical, breast, and colorectal cancer screening for these groups and thereby reduce health disparities and mortality related to cancer.

The purpose is to ensure informed choice about screening participation among all citizens in the target groups for screening for cervical cancer, breast cancer, and colorectal cancer. The overall research approach is exploratory qualitative research and includes interviews, focus groups, and field work.

The aim of Pernille's PhD study is to evaluate the recommendations in the Danish national colorectal cancer screening program for citizens who have a positive Faecal Immunochemical Test (FIT) and a subsequent colonoscopy with no colorectal cancer findings. The overall aim is to ensure quality and resource efficiency in the health care system.

Rikke Stokholm holds a Master of Science in Public Health. The aim of Rikke's PhD study is to scientifically define the concept of knowledge in cancer screening. Knowledge is the foundation for making an informed choice about (non)participation in cancer screening. It is therefore important that health authorities offer comprehensible and useful self-administered information materials providing the residents with sufficient knowledge to support them in making their informed choice about participation.

Project title: Defining and measuring knowledge in cancer screening – is there a need for new information materials?

Vibe Munk Bertelsen is a medical doctor and a PhD student. The aim of Vibe's PhD study is to improve the diagnosis of precancerous cervical lesions. Vibe's project includes a double-blinded study to investigate if the diagnosis of cervical precancerous lesions can be improved among elderly women aged ≥ 50 years by providing pretreatment with vaginal estrogen prior to the colposcopic examination.

Line evaluated the clinical management of women aged ≥ 45 years referred to colposcopy following an abnormal cervical cancer screening result and investigated the potential of a new biomarker for risk stratification.

Summary: In Denmark, approximately 370 women are each year diagnosed with cervical cancer. Out of these women, approximately 100 die from the disease. The incidence and mortality of cervical cancer is higher among  postmenopausal women than among younger women. The reason for this is multifactorial but may be partly explained by challenges in the diagnostic work-up (colposcopy and biopsies) due to age-dependent changes of the cervix.
In this PhD thesis, Line investigated if the clinical examination of women with an incomplete visualization of the transformation zone at colposcopy could be improved by offering a diagnostic cervical excision. She found that the detection rate of precancerous cervical lesions was significantly higher in the cervical excision specimens than in biopsies. However, the procedure also led to a substantial risk of overtreatment. To avoid this, Line evaluated the potential of using the biomarker p16/Ki67 dual-stain cytology for risk stratification before having diagnostic cervical excision. The results showed that the  predictive value was higher than cytology suggesting it could be used for risk-stratifying women with an abnormal screening result and thereby avoid excessive diagnostic cervical excisions while minimizing underdiagnosis.

Martin examined the quality of the colonoscopies offered to the participants subsequent to a fecal sample positive for blood in the national colorectal cancer screening programme.

Pernille investigated how citizens accept a newly developed decision aid and if a decision aid is able to increase the proportion of citizens making an informed choice of whether or not to participate in the colorectal cancer screening programme.

Thesis: To screen or not to screen - A decision aid to support informed decision making in colorectal cancer screening

All Danish citizens aged 50 to 74 years are invited to take up screening once every second year. Upon receiving the invitation, it is important, that the citizens can make an informed decision about screening uptake. The informed decision should be based on personal values and access to relevant knowledge.
Decision aids are information materials developed to support informed decision making by presenting objective information on benefits and harms regarding health-related choices. They increase the reader’s knowledge and the extend to which choices made are informed. The decision to take up colorectal cancer screening is made without any contact to health care professionals, and decision aids must therefore be self-administered.
Pernille developed and evaluated a web-based decision aid targeted to citizens with lower educational attainment. The decision aid was developed and tested in several steps involving both health care professionals and citizens from the target population. By using a simple layout and presenting information using both text and figures in combination with read-more options, diverging information needs were embraced, resulting in a decision aid well accepted, comprehensible and usable by citizens with lower educational attainment.
Pernille assessed the general level of knowledge, attitudes and worries about colorectal cancer screening in 53-74-year-old unscreened Danish citizens and examined whether health literacy was associated with these outcomes. She reached a 71% response rate by sending out questionnaires to more than 10,000 citizens. In general, Danish citizens eligible but not yet invited to screening have high levels of knowledge about, a positive attitude towards and few worries about colorectal cancer screening. This tendency did not seem to be associated with health literacy.
Pernille then tested the effectiveness of the developed decision aid on informed choice, as assessed by changes in knowledge, attitudes and screening uptake. She also investigated if the decision aid affected the level of decisional conflict or worries about colorectal cancer screening in a randomised controlled design. Screening uptake was statistically insignificantly increased by 7.6% points in the intervention group compared with the control group, but neither knowledge nor attitudes were affected by the decision aid. The level of decisional conflict decreased in the intervention group compared with the control group. The same tendency was observed for worry scores, but not at a statistically significant level.

Sara investigated the interplay between childhood HPV vaccination attendance and subsequent routine cervical cancer screening attendance among different sub-populations in Denmark. The main focus of the project was patterns and reasons for combined non-attendance (un-vaccinated and un-screened), as non-attendees are considered potentially at high risk for developing cervical cancer.

Susanne evaluated the adherence to recommendations for follow-up after abnormal findings in the Danish breast and cervical cancer screening programmes as well as the derived resource use.

Thesis: Adherence to recommendations for follow-up in breast- and cervical cancer screening in Denmark

The results call for a more systematic monitoring of follow-up after abnormal screening and more evidence to develop guidelines on how to terminate these excessively long follow-up pathways in the cervical cancer screening program.